I am not a big fan of celebrity gossip and don’t eat it up like chocolate. I hate chocolate. But for the sake of research, I wanted to find out which celebrities are likely to have hissy fits when criticized. Hollywood and criticism go together like chocolate and peanut butter, after all. If you can’t handle the heat, acting is not for you. In fact, name me a job, any job, where you won’t face criticism…(*thinking*)…well, there is this vegetation-related job where the person’s only task is to count how many plants a commercial building has displayed. Seriously. He counts plants. And if a plant is missing, he needs to interrogate everyone in the building in order to find out why it’s missing, who’s hiding it, etc. I kid you not. This is an actual job.
But back to criticism and Hollywood. Here’s what my search turned up:
Apparently, Alec Baldwin kind of went bonkers when his Broadway show Orphans received a poor review. He had some choice words for the critic according to http://www.ew.com/ – words like “shriveled” and “Dickensian.” You’ll need to read the full article because I’m totally taking those words out of context. The same article also states that James Franco (I so love him, don’t care what any critic has to say), called the same Alec Baldwin critic a little *bleep*. This is a family-friendly blog, so please refer to the article.
My point is that criticism is part of any job. Statistics from our Sensitivity to Criticism Test reveal that people who have difficulty accepting criticism also tend to dislike their job – even if the feedback is offered in constructive way. Employees who are less defensive, on the other hand, tend to be happy with their job. Here are some of the other tidbits from our study:

Aside from being sensitive to criticism, our study also reveals that 79% of unsatisfied employees also have self-esteem issues. Another 66% of them received an “Average” or “Below average” rating in their last performance review. All of these issues can contribute to employee disengagement, low morale, and low job satisfaction.
The bottom line: Knowing how to handle criticism is a necessity in almost any job field. The higher you climb the career ladder or the more successful you become, the thicker your skin will need to be.
Love criticism and love your critics. They’ll only make you smarter, better, and stronger. 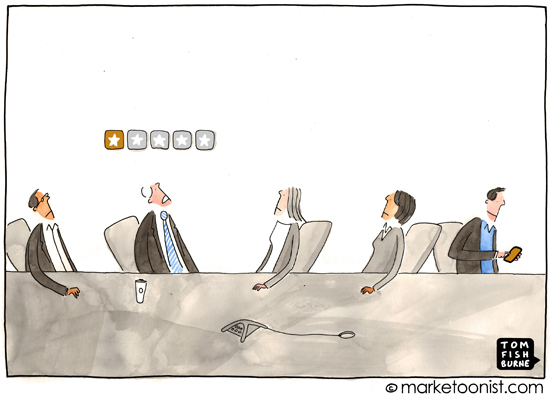