Home Blog The Many Faces of Workaholics 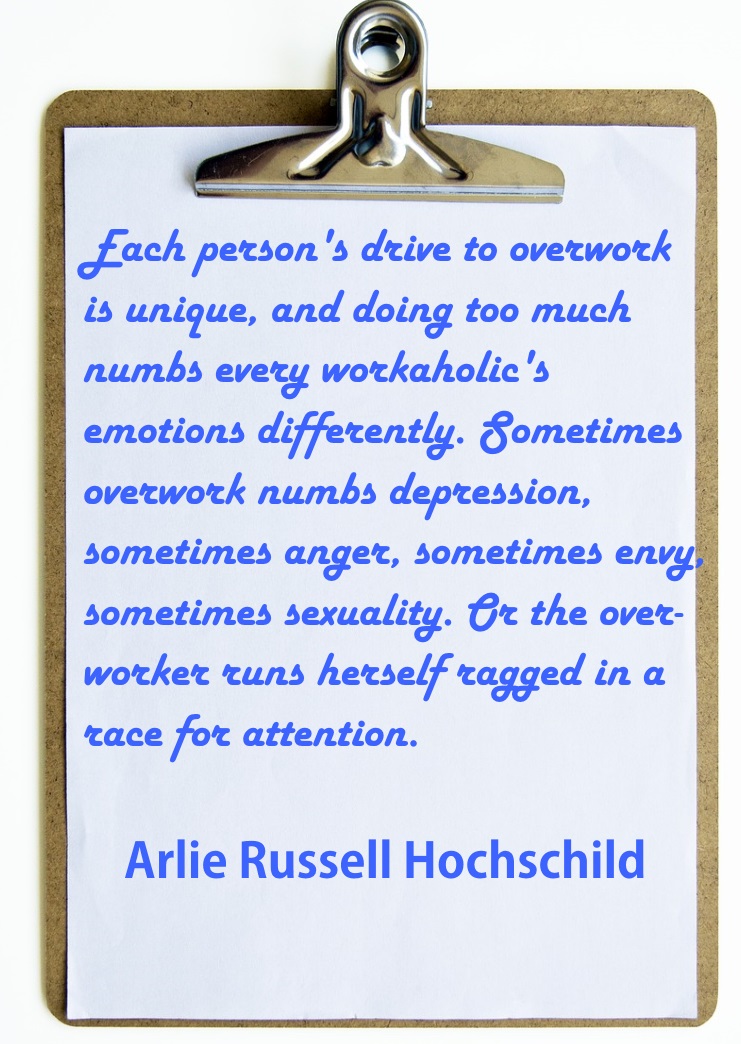 I’m always curious about people who admit that they are workaholics. The question I always want to ask is, “Why?” Not because I’m lazy, mind you. But my friend, for instance, frequently works extra hours as a matter of necessity: There is a lot of work to do and not enough people to do it. She has so many overtime hours banked up that her bosses are tired of paying her for them – yet they won’t spend the money to hire extra people. Another friend volunteers, albeit grudgingly, to take on extra shifts for people who just don’t feel like coming in to work. She’s gone in on days off and worked 12-hour shifts, which really doesn’t happen often in her line of work, as the hours are strictly monitored. My hairdresser has sworn to me that she’s going to cut down on her hours because she doesn’t have time for chores, family, sleep, eating, life…yet when the self-centered, “the-world-revolves-around-me” clients show up an hour late or demand to be squeezed in, she gives in. Not surprisingly, all 3 of these people feel overworked and unappreciated. Yet none of them have financial problems per se. I can understand the need to work a lot in order to pay bills, but not when you have the freedom to say “no!” When I was balancing school and work, I would always  take on extra hours when I was asked. But when my boss finally said, “You know, you don’t always have to say yes,” I took the opportunity to stop working the overtime that was cutting into my homework, studying, and my sanity.
When I was analyzing data from our Type A Personality Test, I noticed 4 distinct types of workaholics. Here they are:
The High-achieving Workaholic
These are the people who work hard and long hours because they want to. They are determined to reach their full potential and accomplish great things. What’s interesting about this workaholic type is that while they are willing to take work home and work overtime, they do not dismiss the importance of relaxing and enjoying their achievements. Their average score on the Type A scale? A respectably low 43 (on a scale from 0 to 100). This means that they understand the value of hard work, but won’t work themselves to the point of burnout.
The Wealth-obsessed Workaholic
They value luxury, status, and money – and they’re willing to work their butts off to get it. For this group, time is best spent amazing wealth. They hate to be left idle when there are opportunities to expand their bottom line. These are practically minded workaholics, in the sense that they want to see tangible proof of the fruits of their labor – which means that they refuse to waste any effort or resources on projects that will not yield a profit. Their Type A score: A reasonable 46 out of 100. 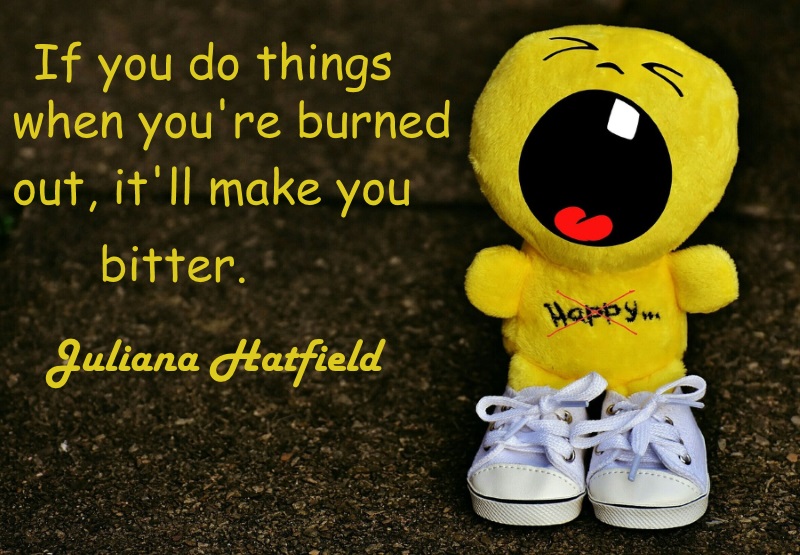 The Burned-out Workaholic
These are the people who have worked themselves to the bone and are basically running on fumes. They have too much pressure on their shoulders at work, yet won’t do anything about it. If asked to take on more work they will do so, in spite of their better judgment and the need for calm and relaxation that their mind and body are demanding. They are overworked perfectionists who set unrealistic expectations for themselves. They received a surprising 48 out of 100 on the Type A scale, but we’ll discuss this more later.
The Aggressive Workaholic
They’re overly competitive and obsessed with outwitting, outlasting, and defeating anyone who gets in their way. While the burned-out workaholics try to suppress the stress and pressure they feel, the aggressive workaholics lash out. They’re impatient, hostile, and incredibly wound up, like a rubber band that has been stretched beyond its capacity. They’re score on the Type A scale: 53.
So as I was looking at these average scores, I couldn’t help but feel under-whelmed. Shouldn’t they be higher? These are people who don’t know how to relax, to say no, to overcome the temptation of the almighty dollar. But when I started looking at people who are a combination of workaholic types, this is where the yellow flags started to fly, like referees on a football field. I found myself saying “Foul: Too much work and not for all the right reasons. Penalty: Burnout, high blood pressure, absenteeism. First of many downs.” 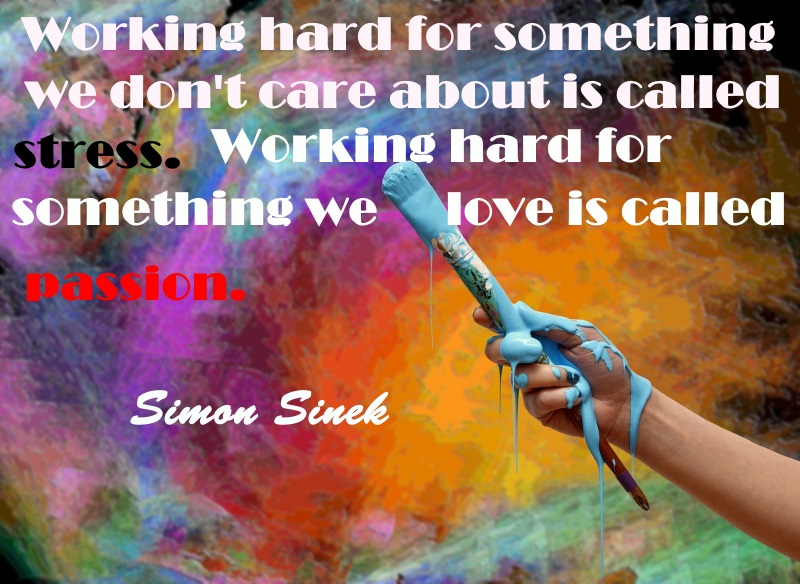 Here’s what happened when I focused on people who are wealth obsessed + burned out + aggressive workaholics:


And when I combined all 4 workaholic types – so basically, stressed, burned out, perfectionistic, highly ambitious achievers who are obsessed with wealth, status and success – I got a whopping 74 for the average score on the Type A scale. A deadly combination indeed. These are the people who are so stressed and overworked that they will almost inevitably develop health problems, have difficulty in their relationships because they barely see their families, and who will eventually find themselves quitting, getting fired, or ending up on sick leave because their mind and bodies just can’t take it anymore.
While I respect and value hard work, people in North America in particular have taken this tendency to an unhealthy extreme. Most of us live for some point in the future: “When I have enough money, I’ll relax. When I’m retired I’ll relax. I’ll sleep when I’m dead.” We then wonder why we’re always tired, why we feel rushed, and why we never feel happy or fulfilled, in spite of everything that we have achieved.
You must work to live. But no one says you have to live to work. 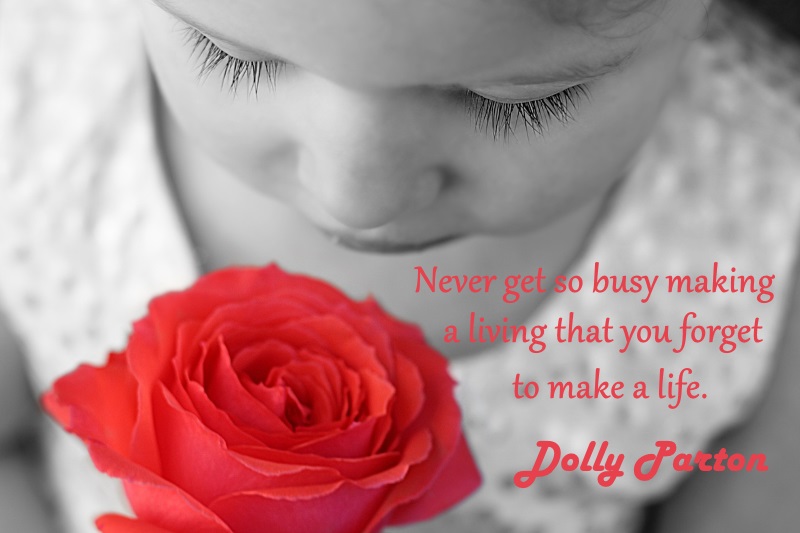