Home Blog “I deserve love”: Three simple words that are hard to say 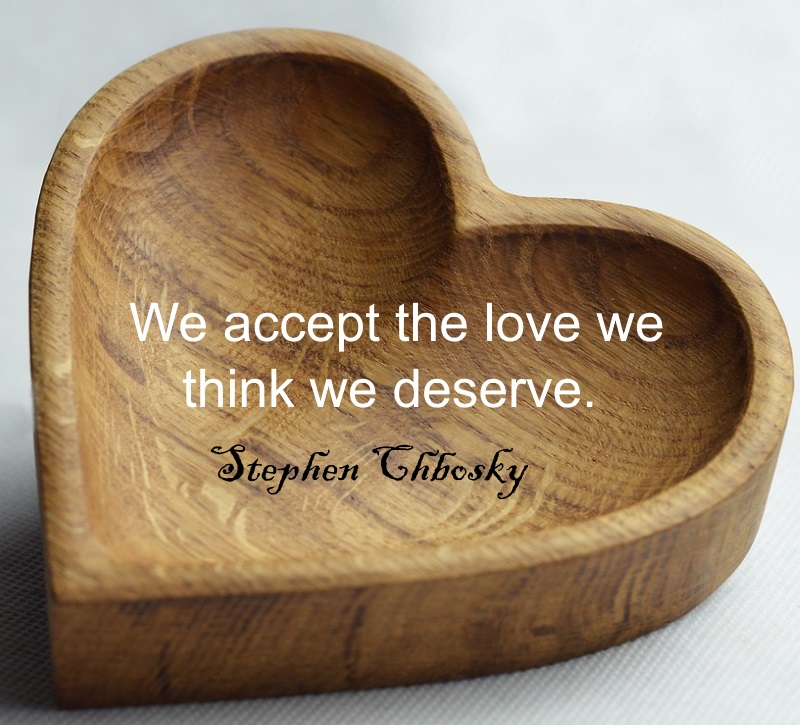 A few years ago I was watching an old documentary on YouTube featuring motivational speaker Louise Hay. She walked across the stage, turned to the studio audience, and asked them to take out the mirror that she had requested they bring along with them. With mirror in hand, the audience was then told to look into their own eyes and say, “I love you.” I paused the YouTube video, walked over to my bedroom mirror, and said the words…or tried to. I said them in my head at first. Then whispered them softly, because I was worried that someone would overhear me. Then I gave myself a shake, looked boldly into my own eyes, and said it loud and clear:

The words sounded hollow as I spoke them, like I had said them in a foreign language that I didn’t understand and had never spoken a word of before. They felt weird, forced, awkward, and sadly, so very wrong. It’s like when I see a crooked picture frame, and my obsessive-compulsive mind screams, “WRONG! Fix now!” As I uttered the words, “I love you” my brain sent a message back: “Error 404. The love file you are trying to reach is not found on this server.”

Here is another set of three seemingly simply words: “I deserve love.” Yet there are people who can’t bring themselves to believe those words, let alone say them, and this in itself speaks volumes about their character. Those who believe they are unworthy of love are not being modest, stoic, or poetic; they are denying themselves a fundamental need that we all crave. Moreover, according to research we conducted at Queendom, this belief that we are undeserving of love can have a significantly negative impact on our well-being.

Analyzing data from 6,712 people who took our Self-Esteem Test, we examined two distinct groups: Those who believe that they deserve love and those who don’t. The differences between the groups were staggering: 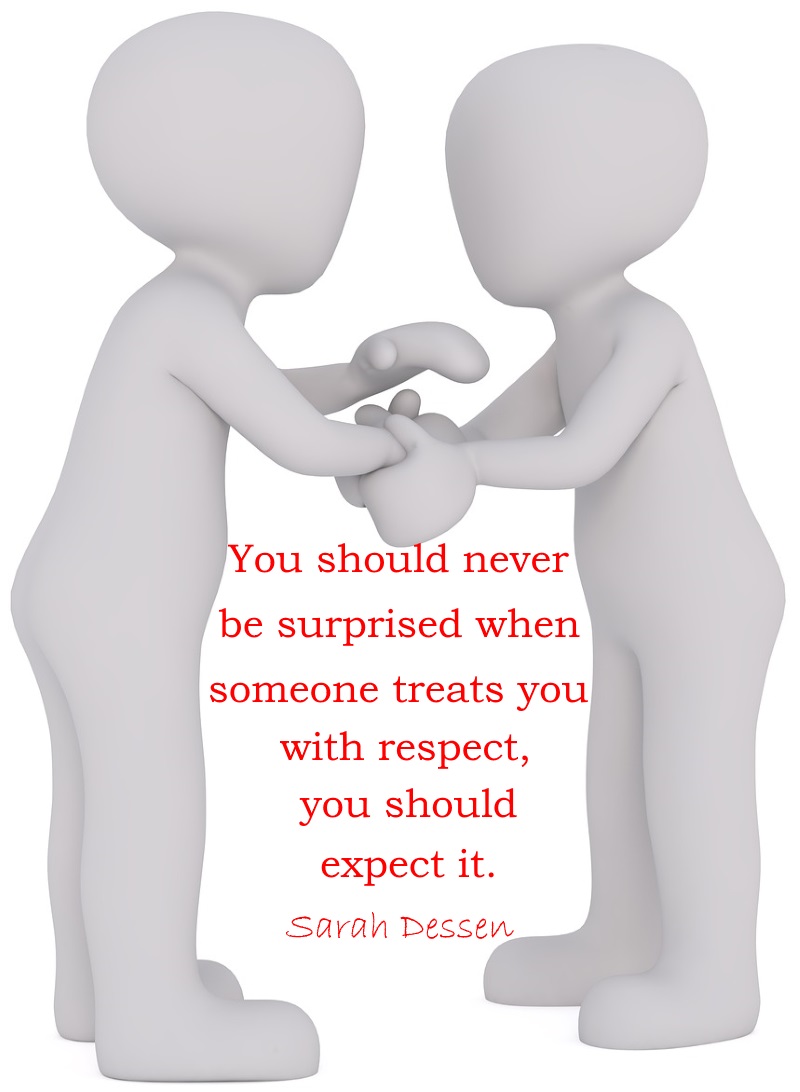 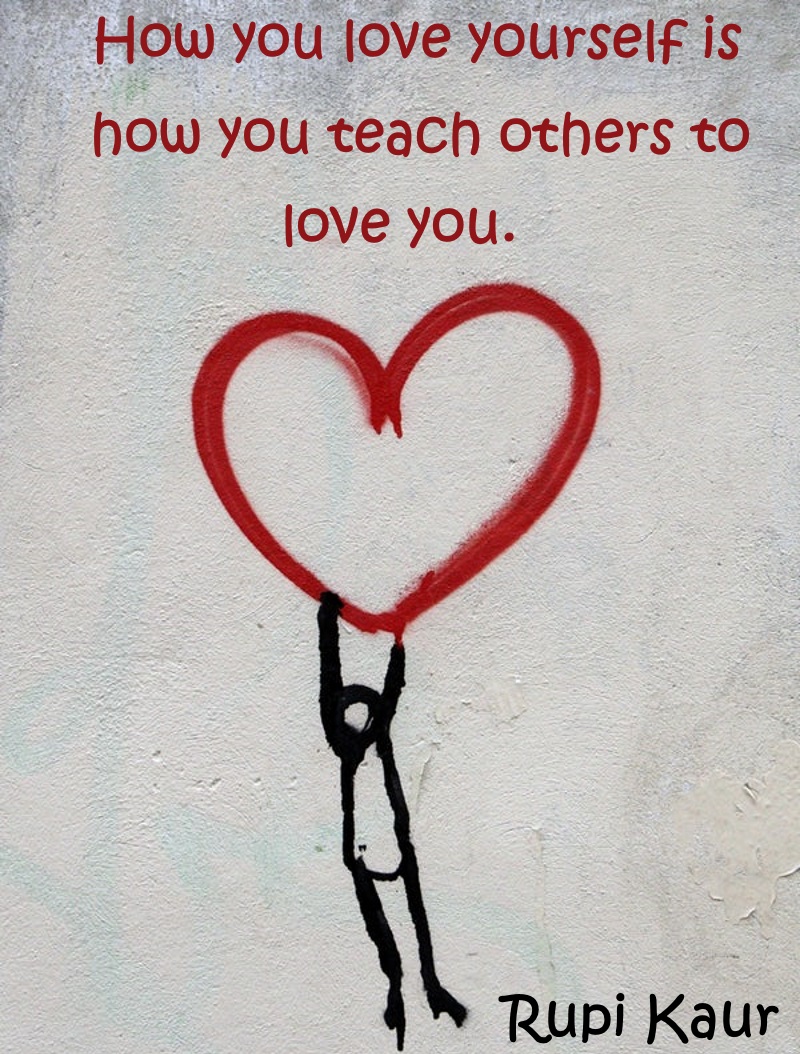 When I watch my 2-year-old nephew navigate his way around the world, it’s not hard to see that he has an inherent sense of his own value. When he cries, there is no doubt in his mind that he will be comforted. When he is happy, he expects nothing less than for others to share in his bliss. In essence, he was born with an innate understanding that he deserves love.

So what the heck goes wrong with some of us? Well, if you don’t receive the unconditional love and support you need from your parents as you grow, you begin to believe that love comes with exceptions and rules, like good grades, unquestionable obedience, etc. In high school, you believe that to be loved and accepted, you have to look and behave a certain way. So you move through life assuming that love doesn’t come easily, that you must fulfill certain conditions in order to be worthy of it, and the more conditions there are – many of which you place on yourself – the less and less you feel you deserve love.

Believing that you are worthy of love begins with one crucial factor: A healthy degree of self-love and a strong sense of self-worth. Without these, finding someone to love you as you are will be impossible. Once you start to treat yourself with love and respect, others will follow suit. You won’t abide by mistreatment; you won’t want to be around people who set conditions on their love, who want you to change to fit their expectations. You will be filled with such an abundance of self-love that love from others will simply be an added bonus. 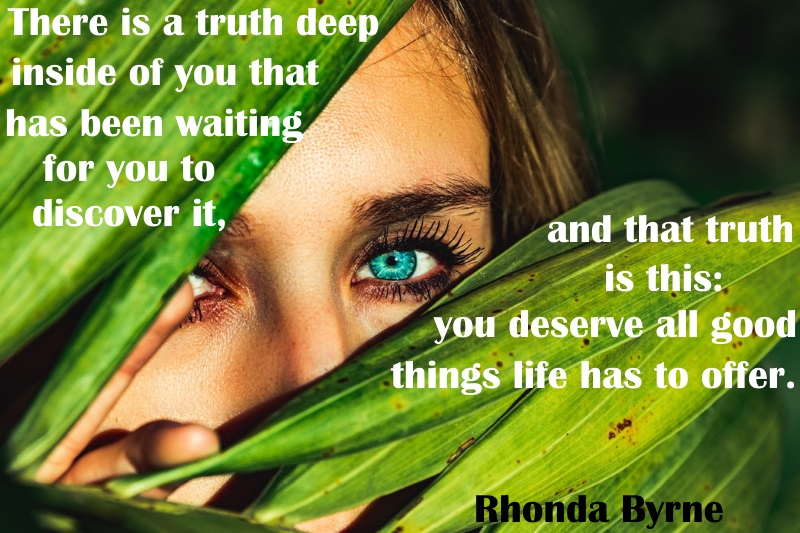 The lies depression will tell you (Part 1) | Queendom Blog

[…] a recent blog, I discussed the extremely detrimental effects of these four simple yet powerful words. Depression […]