Home Blog A case for selfishness (or a little less kindness) 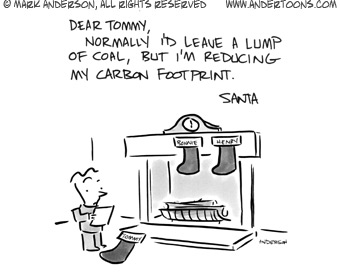 Saturday afternoon, I watched my hairdresser as she flitted around getting my “recipe” ready. She seemed different: Her step was lighter, her head a little higher, her smile less strained.

“The energy here is different,” I noted. “You like it here.” I swept my eyes across the room. There was a Christmas tree in the corner, a table with free snacks and coffee, oodles of magazines, and a little dog sleeping in the corner. Honestly, it looked like a picture on a Hallmark card. The whole place oozed “cozy.”

She nodded and smiled a little sadly. “I had a break down. And that was that.”

My hairdresser works at a salon downtown during the week, but for clients who can’t make the trek, she offers appointments in her home on Saturdays (all on the level, naturally). When she moved to a new home, she was still doing hair at her old place, until she and her husband decided to rent it out. In an effort to accommodate her Saturday clients, she scrambled to find a salon where she could rent a chair. She could have easily told people to simply meet her downtown if they wanted their hair done, but being the kindhearted person she is, she went out of her way to make her weekend clients happy.

She wasn’t prepared for the nightmare that ensued. The salon owner was a micromanager who monitored her every move and unreservedly criticized her in front of clients. This same manager yelled at customers who wouldn’t follow rules, such as hanging their coat up or sitting in a non-designated seat (I chose to stand up rather than sit, and got some rather nasty stink eye from her). After a month of harassing behavior my hairdresser had an emotional breakdown. Two weeks ago, she gathered her belongings and looked for a new place. She has now settled in at a new salon with a bubbly and vibrant owner who promised to “do my cards” next time I came around.

Aside from being so damn nice, I should probably point out that my hairdresser has a really hard time saying “no” to people who make demands on her time. She’s often had to forgo dinner and a night out for people who beg her to “squeeze me in!” or who casually stroll in for their appointment an hour late.

What the hell? I can understand being 5 minutes late, even 20. But an hour?! I’d sit there, fuming, absolutely shocked at the person’s sense of self-importance and absolute lack of respect, and my hairdresser would bite her tongue and allow the person to keep their appointment.

“You could have said no,” I’d tell her, reading the frustration all over her face.

I know it seems a bit gauche to be talking about being selfish, what with the holidays coming and all, but I felt compelled to offer this little piece of advice after witnessing the hell that my hairdresser went through. I am by no means advocating willful cruelty toward others; I am, however, proposing the need to be a little more assertive and straightforward with people who demand a lot but give little in return. When you continuously find yourself bending over backwards for others, it’s time to turn some of that kindness toward yourself. Here’s why:

Looking at data from our Assertiveness Test, I analyzed the results of people who are unassertive and who go out of their way to accommodate others.

When you’re always the one giving to others they will start to expect it. They may even become dependent on you, and expect you to always be there in times of need. Sometimes, you have to put your foot down for their own good. I’m emphasizing the importance of standing up for yourself and making sure that your needs are being met as well. You can still be nice while being firm.