Home Blog Love Is Knowing When To Fight

Whenever reporters capture feel-good stories of couples who have celebrated 50 years of marriage (or more), the always ask the same question: “What is the key to a long, happy marriage?” And nearly every time, the happy couple offers the same age-old wisdom, like not going to bed angry, working out differences, knowing how to pick battles, and knowing when to let things go. But the belief that it’s healthy to argue seems counter-intuitive. I blame it on all those Jerry Springer shows. I still can’t understand why people are OK with airing their marital troubles and infidelity in front of millions of people. The potential for stardom? Why would anyone be willing to tell the world their most embarrassing secrets for 15 minutes of fame? Why be labeled forever as that person on that talk-show who cheated on their spouse and got a chair thrown at them? It really doesn’t sink in for me.

But back to the theory here: Arguing can be healthy, and a recent study we conducted offers support. In fact, just like candy hearts, the sweetly appealing demeanor of people who never argue may belie a belly full of unsavory, pent-up emotions. We analyzed data from over 22, 000 people who took our Interpersonal Communication Skills Test, and compared individuals based on how frequently they argue. Not surprisingly, people who argued more frequently (a few times a day or week) had more deficient communication skills. However, of the five groups we assessed, those who argue a few times a year displayed the healthiest communication habits – even more so than people who never get into arguments:

What makes a relationship work is the willingness to confront and openly hash out issues – even if it turns into a full-blown argument. I’m not saying that the solution is to yell at each other until you both pass out and forget what happened. It means allowing the other person to have their say, listening objectively without interrupting, criticizing the behavior and not the person, and continuously working toward compromise. Easier said than done, I know. But while this may be uncomfortable for many couples, it’s not as unpleasantly uncomfortable as bottling up your frustrations until you explode. And pent-up emotions always, always, always find their way out eventually – like yelling at your husband for not picking up his socks when what you’re really angry at is the fact that he works too much and doesn’t help around the house.

So while I’m not condoning that you pick a fight with your partner on Valentine’s, I can offer some tips on how to fight fair, should you forget to pick up a gift – or your socks: 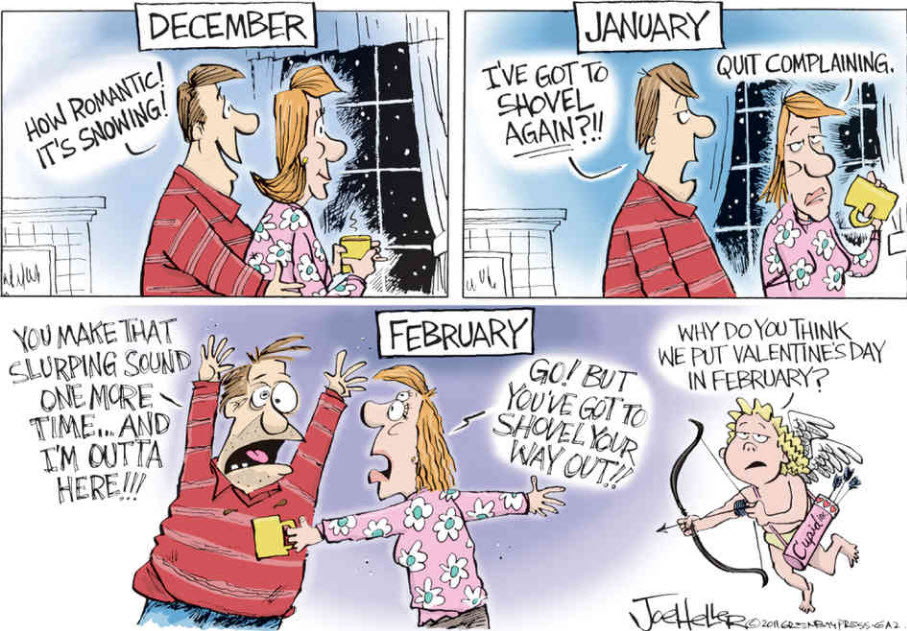