Home Blog “Single & Happy” is not an oxymoron 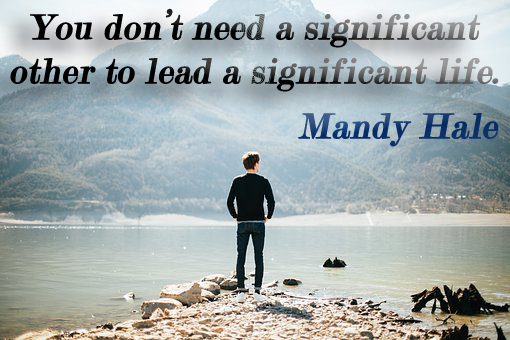 “It’s that time of year again,” I said to a friend as we strolled through a department store filled with pink hearts, giant teddy bears, and so much chocolate I honestly felt a little nauseous. “It even smells pink and red. Can you smell colors?”

She laughed. “Another holiday that’s been commercialized to death. Just wait until Valentine’s Day. All you’re going to see is one man after another walking out of the florist, all with a look of utter shock on their faces as they realize, ‘Did I really spend that much on a bunch of roses that will be dead in 2 days?’”

Spending a Valentine’s Day alone has never really bothered me that much, although there have been a couple of times when I’ve driven by a florist on February 14th with a deep longing welling inside of me. “Do you see me?” the heart-shaped mylar balloon will whisper as it floats innocently outside the florist shop. “Even I’m attached to something, unlike you.” I also recall one snowy Valentine’s Day when I was waiting at an intersection and the man in the car next to me gestured for me to roll down my window.

“I hope you’re not alone this Valentine’s,” he hollered. “A woman as pretty as you shouldn’t be alone. If you are, it would be my pleasure to take you out for dinner.”

More flattered then creeped out, I lied and said my boyfriend and I were having dinner at home. I honestly regret not taking him up on his offer though. I could hear Fate smacking herself on the forehead, yelling “Damn it woman! I served him up on a silver platter! What more do you want?!”
Now, one could argue that the fact still remains that Valentine’s Day is a celebration of love that caters exclusively to couples. However, many single people are perfectly content being on their own. In a recent study we conducted at Queendom, we compared the personalities and attitudes of 915 single people who took our Emotional IQ Test. The differentiating factor: One group was single yet completely satisfied with their life, while the second group was single and unhappy. Here’s where these two groups differed: 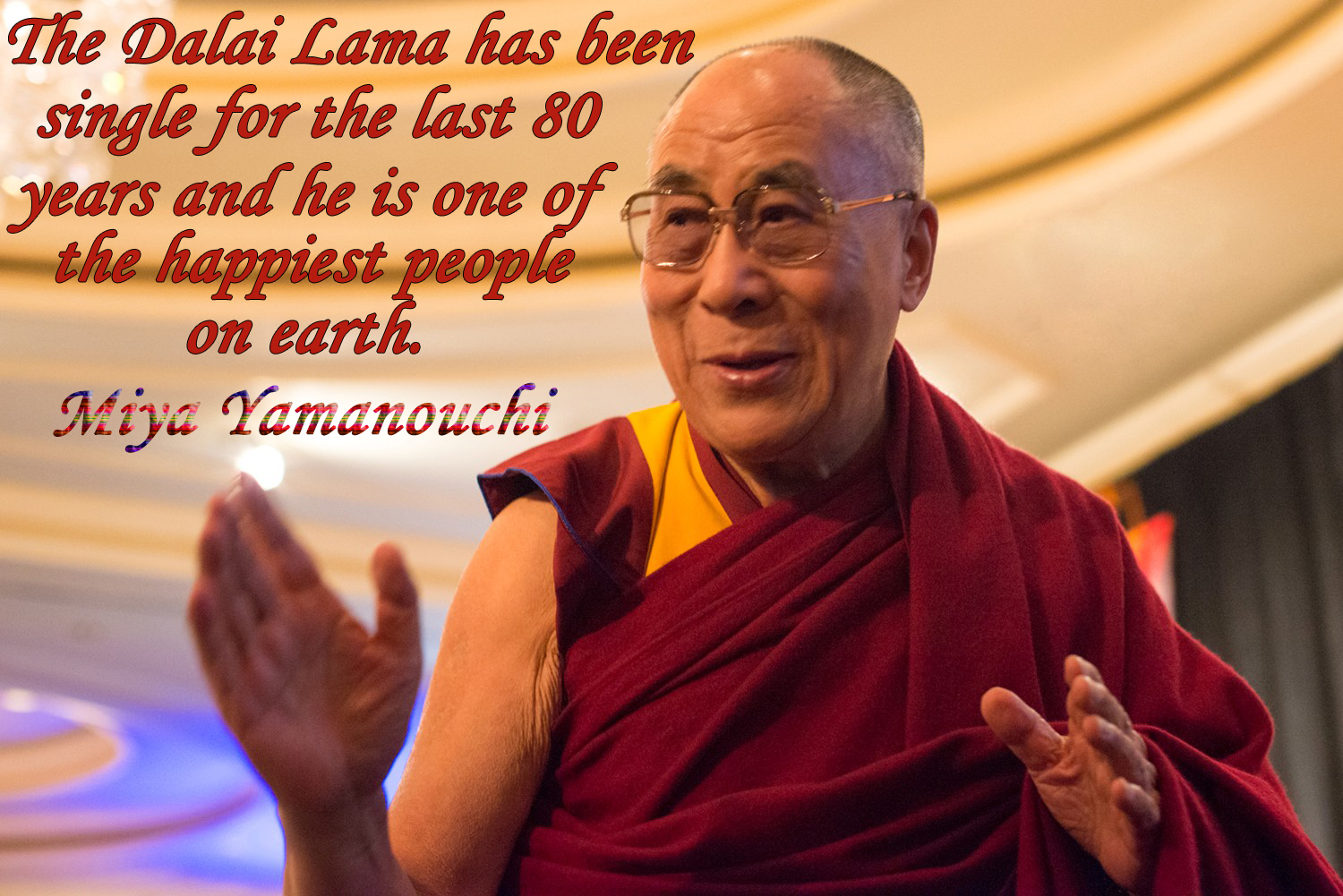 Self-esteem is a major component of professional success and personal happiness. Honestly, if you had to pick only one trait on this list to develop, it has to be self-esteem. It goes without saying that few relationships can thrive if one or both people struggle with self-esteem issues. Love and appreciation from a partner can boost your sense of self-worth to some degree, but it absolutely cannot replace healthy self-love.

People who are single and happy are tough cookies. Even if hardship brings them down, they don’t stay down for long. They bounce back quickly after going through a difficult time, and focus their energy on moving on…without dragging any emotional baggage along with them.

Tying into resilience, single people who are happy tend to be excellent problem-solvers. Instead of lamenting over difficulties, they proactively look for solutions. They are more likely to view problems as challenges rather than as obstacles.

While happy single people are not necessarily perky Pollyannas, they do tend to have an optimistic outlook – they prefer to focus on possibility and hope. Even hardship and heartache has a silver lining.

Unlike their unhappy counterparts, single people in the happy group don’t obsess over their problems or worry too much about their future (a function of their positive mindset and excellent problem-solving skills, most likely). They are also not perturbed by their singlehood. They either believe that they will find someone eventually or simply don’t view a single life with condemnation. 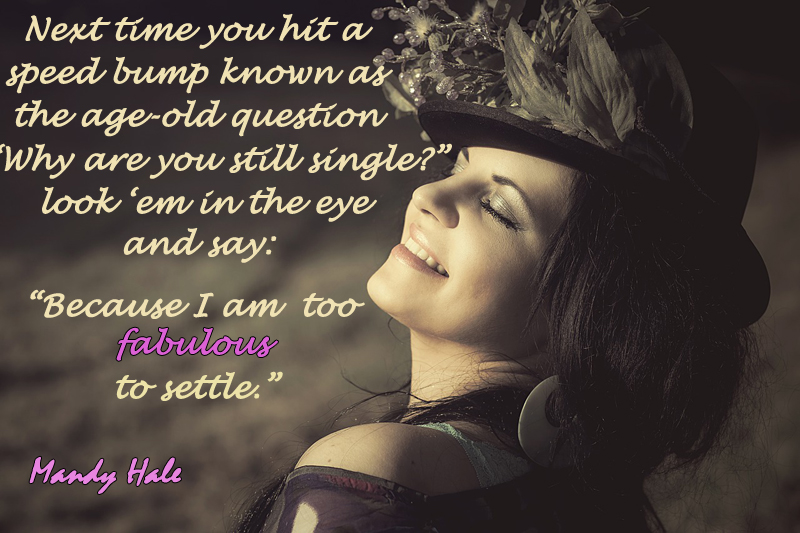 Single people who are unhappy are more likely to have trouble regulating negative emotions and will often find themselves stuck in a bad or melancholic mood. This makes it difficult to resolve problems, overcome hardship, and sustain a positive mindset – not to mention the fact that a negative attitude doesn’t exactly say, “Approach me! I’m friendly and nice and lovable!”

Single people who are happy don’t shy away from their emotions or from emotionally charged situations. They are in tune with what they are feeling, but they do more than just passively observe: They probe, they pry, they dig deep. Essentially, when they are feeling sad, angry or discontent, they want to know why. Understanding the motive behind their emotional responses helps them understand themselves better, adapt to their circumstances with greater ease, and even express those feelings to someone else.

Single, happy people know what makes them special. They also recognize and accept their faults, and take steps to improve themselves. They don’t cover up their shortcomings or use them as excuses to rationalize their actions. Like this:

People who are happy and single are driven. They take a proactive approach to life: Instead of waiting for something to happen, they take their fate in their own hands and makes thing happen. This also means that should they choose to forgo the single life for a committed relationship, they will take concrete steps to make that happen.

Single people who are happy tend to have a more flexible mindset. They accept that life won’t always go their way and therefore, find ways to adapt. On a personal level, while the single, happy group is generally willing to compromise, they are not complaisant pushovers. This group knows how to pick their battles. They will compromise whenever possible, put their foot down when it is necessary, and let little annoyances go.

So what does it mean to be single and happy? It means you’re well-equipped to handle life’s ups and downs. It means you don’t base your self-worth on external factors, like relationship status. It means embracing your emotional side, being self-aware, knowing what you want and what makes you special. It means being able to reconcile with how your life is vs. how you want it to be, yet at the same time, still maintaining a hopeful and upbeat attitude. And just because I have the data right in front of me, I can also tell you this: People who are single and happy also score higher on emotional intelligence – a whopping 21 points higher, so that’s also something to think about.

Valentine’s Day is a celebration of love, but it should not be limited to romantic relationships. The relationship you have with yourself is just as important – more so, in fact. I know that some people will undoubtedly dismiss that adage as fluff (I know I did) but years of studying human behavior has led me to an undeniable truth: That having a happy, healthy relationship with someone is really, really hard if you don’t love yourself. Knowing that someone loves you will give you an ego boost, but it just won’t be enough to keep you happy.

So if you’re single on February 14th, use it as an opportunity to reestablish a connection with yourself. Take it as a reminder to love and cherish yourself a lot more. And if you can’t bear to say “I love you” to yourself or look at your reflection in the mirror with a smile, then you need to start focusing on self-love starting now. 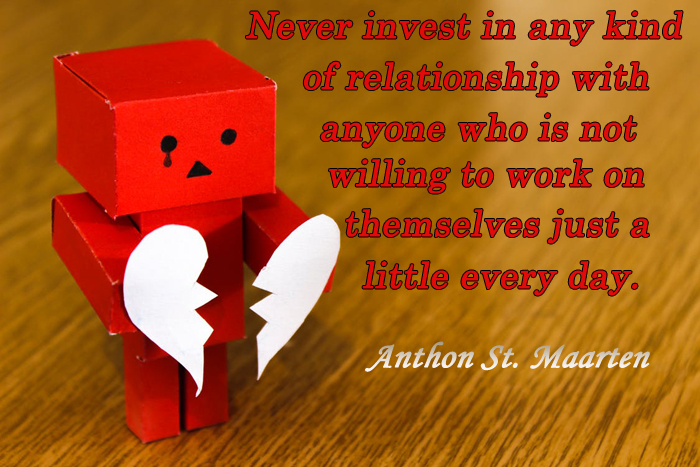