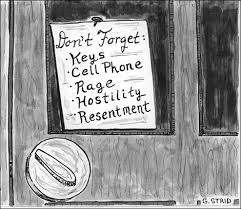 Moms always advise their children, regardless of their age, to leave with a smile on their face and a pair of clean underwear. Makes total sense. Here’s what I else I suggest: If you’re going to nurture any traits in your children, let it be these four: Emotional Stability, Agreeableness, Openness, and Conscientiousness. And for those astute who noticed I mentioned 5 in the title but only wrote four (Extroversion being the fifth), I’ll explain why later. (P.S. For a deliciously thorough definition of the Big Five, check out my previous post).

According to data we collected from our Big Five Personality Test, of those who score high on all of the Big Five traits…

Pretty impressive, isn’t it? Makes me want to go on a self-improvement journey, like Bilbo in The Hobbit.

Here’s my one caveat: Although we recommend that people strive to nurture all of the Big Five traits, the one gray area would be Extroversion. There is nothing wrong with being introverted (like me) or extroverted (like everyone else I know); they are orientations, not personality flaws. Extroverts enjoy the benefits of a strong social support system; they have people to turn to in times of need, and from a professional point of view, knowing a lot of people is important for networking. As for introverts, their ability to turn their attention inward and immerse themselves in the world of thoughts and emotions boosts their creativity and allows them to process information in order to make well-informed decisions. Our data does show, however, that those who score in the mid-range – essentially, who possess characteristics of both orientations – have the best of both worlds, and this works to their advantage. So if your child is an awesome introvert like me, you don’t have to (and shouldn’t have to) encourage them to be more outgoing. Besides, personality can change over time based on life experiences.

Like other studies, our research solidifies the importance of adopting the Big Five traits. These attributes have been linked to academic and professional success, the ability to cope with stress, and even happier marriages. So working on developing these traits is really worth the effort.