Home Blog The Dichotomy of Dishonesty 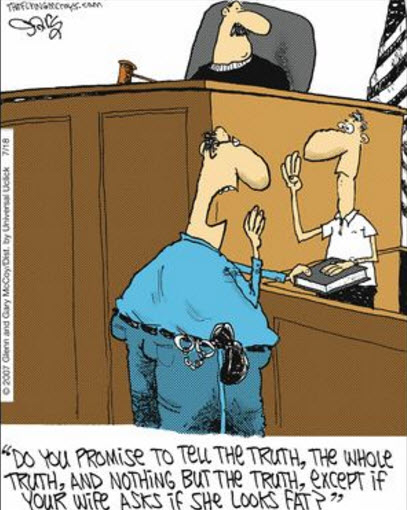 I have a really hard time convincing certain people why I don’t like buying pirated copies of movies – or why I refuse to take advantage of discounted appliances because they “fell off the truck.”

Maybe I being a little self-righteous. In high school, when my friend decided that she’d rather steal the $10 bracelet that had caught her eye than spend the money her father had given her, I dissented (partly out of fear of getting caught as an accomplice, partly out of irritation that she had the gall to make me her accomplice). So I walked out and left her there.

Today I was analyzing data from our Integrity and Work Ethics Test and compared differences between men and women’s perception of dishonest behavior. Here are the results: 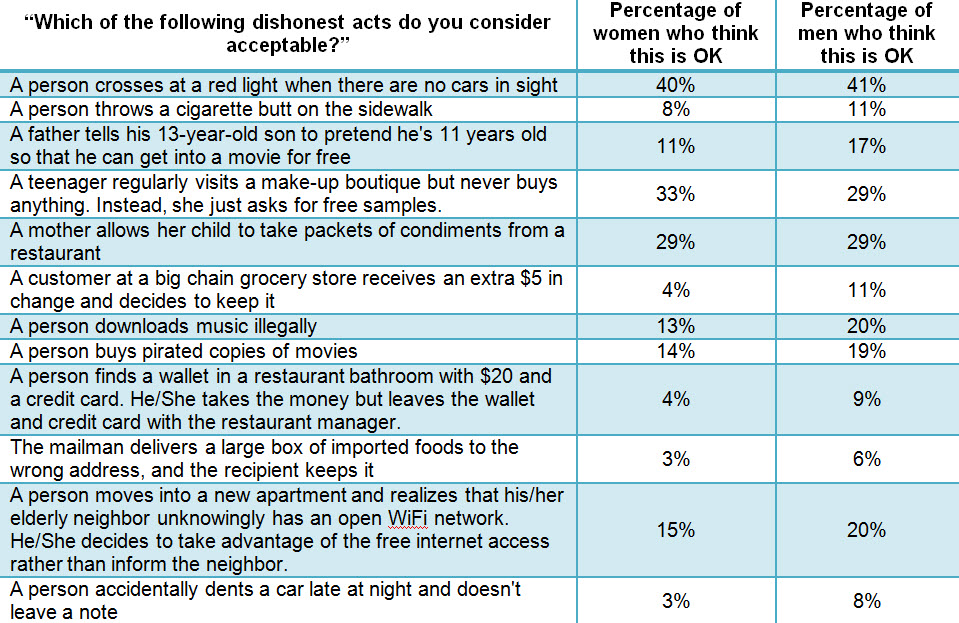 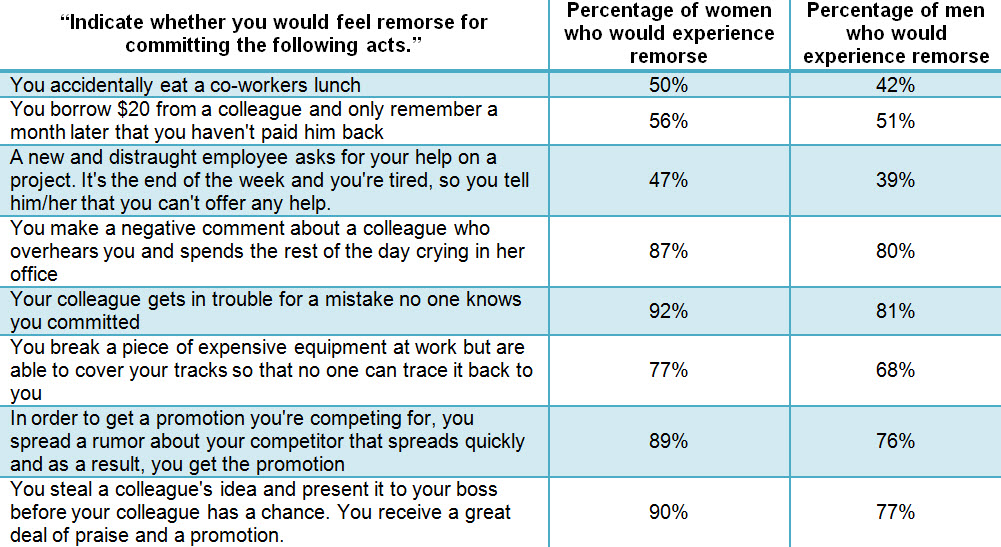 Our study reveals that although men are more likely to justify acts of dishonesty, this tendency decreases with age. In fact, for both genders, younger age groups were more likely than older age groups to justify certain acts of dishonesty, or to believe that they were not a big deal. Our research also indicates that participants will empathize with employees who display loyalty and who are hard-working, even if they commit an act of theft, but will be merciless towards someone who acts dishonestly simply because he/she is following the crowd. Essentially, our sample considers the “everyone-else-is-doing-it” excuse a cop-out and completely unacceptable. In addition, women, particularly those over the age of 30, will really beat themselves up if their success were to come at the cost of someone else’s. They would rather put in the blood, sweat, and tears needed to succeed than scheme or lie their way to the top.

So at what point do we draw the line? It’s hard to say. As much as I’d love to put everything into a neat category, like my obsessive-compulsive thinking habit demands of me (telling the truth = good, stealing = bad), it’s not that clear-cut. What about the kid who steals a chocolate bar because he hasn’t eaten for days? Or the man who robs a bank to pay for his child’s expensive medical treatment? This is the moral dichotomy that I battle with. And I discovered that I’m not the only one who is trying to straddle that ever-moving, ever-thinner line in the sand.