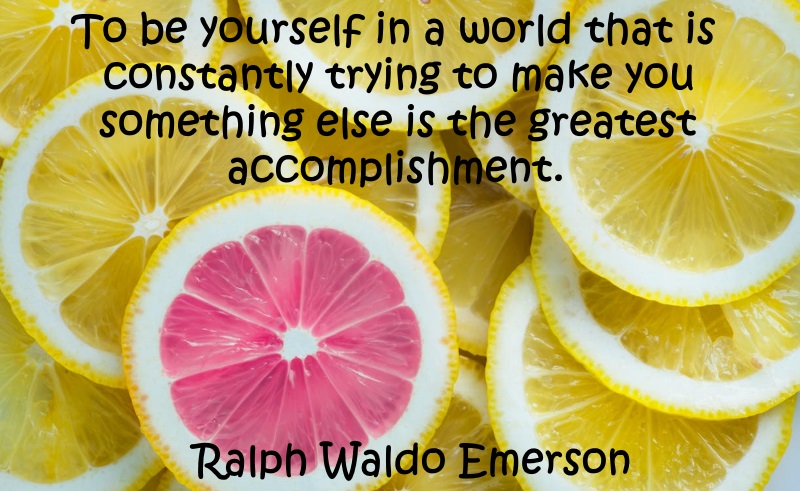 It was only recently that my brother, ever so reluctantly, joined Facebook for the first time. It was the cheapest way for us to stay in contact while he took on a job on the other end of the globe. Social media isn’t his thing. Brand names aren’t his thing. Mainstream television is not his thing. He won’t even stay in a room for very long if it suddenly becomes populated because “now it’s not cool anymore.” My brother the non-conformist plays by his own rules, and creates his own really inside, inside jokes. Every tattoo on him has its own personal and unique meaning, and truly fortunate is the person who becomes privy to what they symbolize, and what they represent to him.

My 16-year-old cousin is an artist, specializing in anime, but she could probably make the standard fruit bowl a singular masterpiece. She watches Japanese cartoons with English subtitles, changes her hair color on a whim, wears t-shirts and Halloween costumes with vague references that only a scant amount of people can understand, and draws things “just because” (she spent an entire day perfecting how she designs eyes and eyebrows). She also mused recently that tomato sauce, being made from a fruit should, by definition, actually be called a smoothie.

We live in a world that wants us to be individuals in a conformist sort of way. “Express yourself; it’s OK to be different; take pride in your uniqueness” is the message in nearly every commercial, but then they ever-so-subtly add “just make sure to do so with our products, because without our products you’ll be useless, unpopular, and a freak.” So what does it mean to be an individual? Here’s what differentiated individualists from conformists who took Queendom’s Big Five Personality Test: 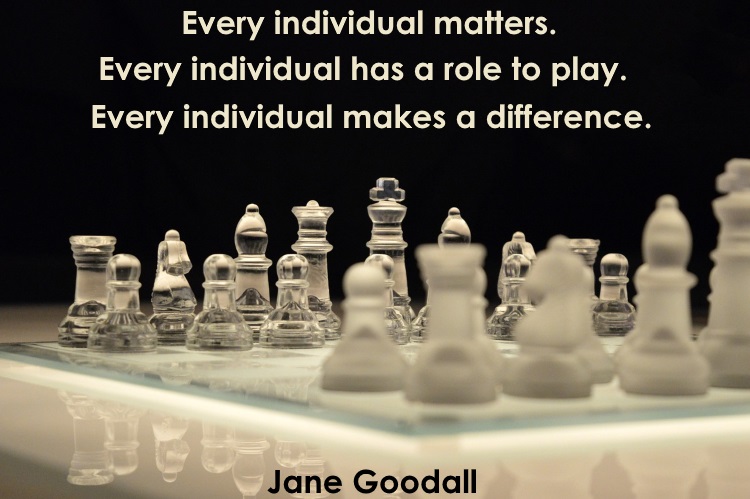 They take pride in being different.

“You want a t-shirt of whom?” I asked my cousin, mostly because I wanted to make sure I heard her correctly.

“Bob Ross,” she answered with a little smirk.

“Bob Ross the painter with the fluffy hair? The one who says, ‘let’s paint a happy little tree here’? I reiterated.

You’ll probably never truly understand them or their lifestyle or choices – and it’s totally OK with them.

I’ll never be vegan or vegetarian. I’ll also (probably) never be interested in visiting or joining a nudist colony, worshiping the Flying Spaghetti Monster, wearing plaid or florals, or doing anything that Kim Kardashian does. But to those who do, I say, “to each their own.

They are outspoken about their ideas and opinions.

My brother pulls no punches. No topic is taboo, no opinion off-limits. He is boldly blunt, but eloquently so, if that makes sense. This doesn’t mean that individualists necessarily lack decorum or a filter, but they will speak their minds and will tell it like it is. And if you don’t like what they have to say, well, they won’t really care.

I am quite sure that Rosa Parks was an upstanding, kind, compassionate citizen, but she also recognized that some rules need to be broken for the greater good. While individualists will feel stifled by stringent rules, don’t mistake individualism for anarchism. If they feel the need to bend the rules or feel that a rule limits freedoms, they may not always comply.

They have a broad range of interests and hobbies.

Individualists like to keep their options open, to try anything at least once. They have an insatiable curiosity and desire to learn and explore. It could be pottery one day, weaving on a loom the next, or learning how to walk on burning coals. 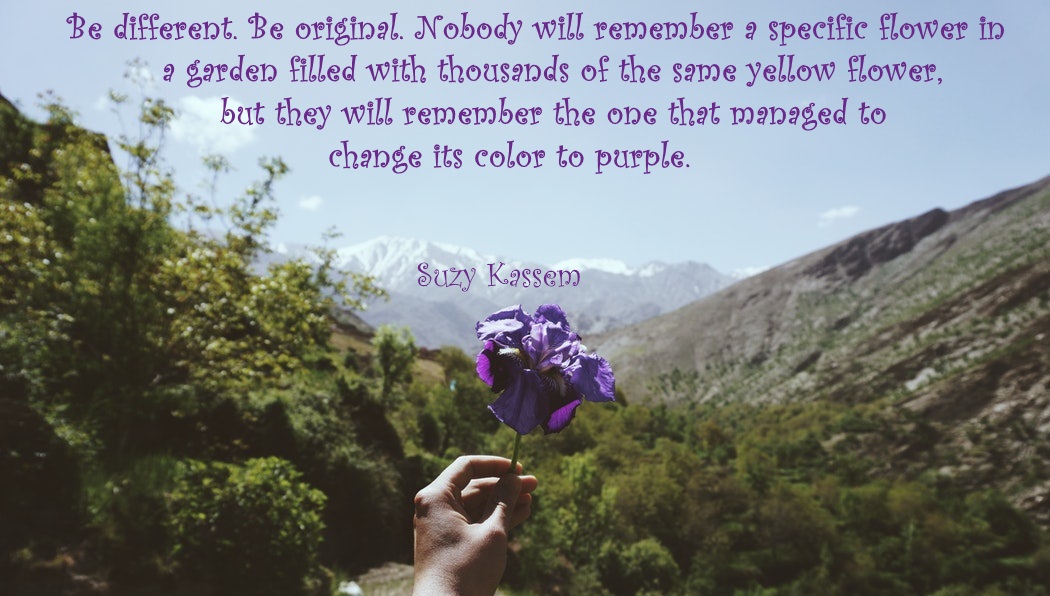 They think outside the box.

Individualists were thinking differently before it became Apple’s catchphrase. I often wonder what would have happened if Renaissance man, Leonardo da Vinci, had been around in the 21st century. My guess, in equal measure, is that he would have either been celebrated as a peerless genius or dismissed as a kooky nut.

Along the same lines, many individualists enjoying expressing their creativity.

Whether it’s through art, inventions, baking, a presentation, political satire, or tattoos, at least some individualists feel the need to express their individuality – something that says, “This is who I am. Love me or hate me, I am boldly, vulnerably, unapologetically me.”

They add a personal touch to everything they do.

My poetry can be vague, filled with symbolism and references that some people may get, but most won’t. But I don’t write for recognition. I write because I leave a piece of myself on the page. Poetry is my catharsis, my therapy. For individualists, it’s about putting a piece of their personality, their very soul, into their creation. It’s about leaving a legacy. It’s what Amelia Earhart, Martin Luther King Jr., and Pablo Picasso did. It’s what Oprah Winfrey, Jane Goodall, and the Dalai Lama do today.

They create their own opportunities.

There is no, “I wish I could do this” with individualists. If they have a dream, they will do their utmost to fulfill it. These are people who doggedly pursue their goals no matter how many times they are told that they won’t succeed. When you doubt an individualist, it only pushes him or her to try harder.

They know what makes them special.

Be yourself. Maybe not unapologetically so, or to the point where it infringes on the rights and freedoms of others, but to the degree to which you can feel comfortable in your own skin; where you don’t have to dumb yourself down, incessantly bite your tongue or acquiesce to others. Do things that make you happy. Say no when you want to say no. Say yes when you want to say yes. Be you, in all your glory. 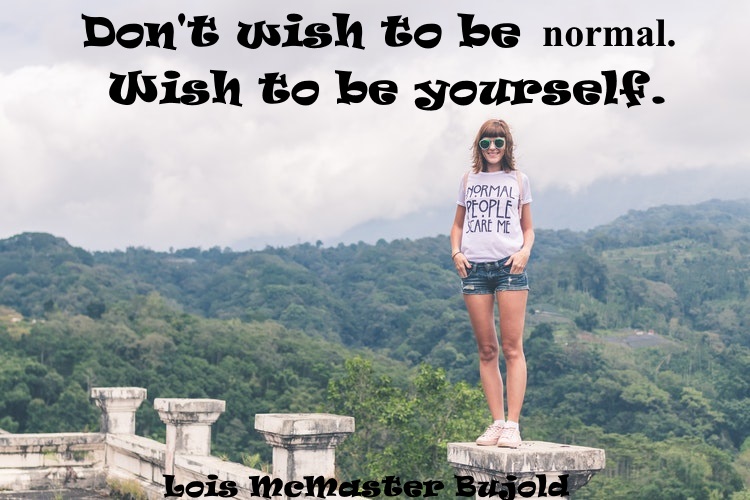