We’ll be celebrating 20 years on the web at Queendom.com – that’s 20 years of developing personality and aptitude tests, 20 years of conducting research on human behavior, and 20 years of gaining a clearer understanding of what it means to be human in the 21st century. In short, this is my conclusion about human behavior: We’re all a little quirky. There is no “normal,” just many, many variations of “normal.”

I thought it would be fun to go back in our 20-year history and highlight some of the most interesting findings from our research. While doomsday theorists and philosophers might bemoan the fact that we’re destined to repeat the past, I find that I am always pleasantly surprised by some of the interesting results we uncover. We may not be perfect, but we’re damn interesting creatures!

Here are some of the winners:

Family & Friends: They greatly cherish their relationship with family and friends and derive much joy from being surrounded by those they love.

Community Values: They are passionately involved in their community and social causes. They speak out against injustice and do their utmost to be good citizens and humanitarians.

Hard work & Diligence: They understand and appreciate the importance of hard work. They put a dedicated effort into everything they take on, often going above and beyond the call of duty.

Stability: They value financial and career stability, and thrive on structure, taking a methodical approach to projects, goals, and problems.

People who frequently criticize others are more likely to:

#3 – Eating disorders are both a physical and psychological battle.

According to our study:

#4 – Certain thought patterns can increase our vulnerability to depression.

Our research revealed that depressed people are more likely to:

No matter what goes wrong in their life (a failed relationship, being laid off at work, etc.), they automatically blame themselves – even when the failure isn’t their fault.

They are more likely to focus excessively on/be more sensitive to negative comments, despite evidence to the contrary.

They set unreasonably high standards for themselves, and when they inevitably fail to live up to them, they become even more upset and depressed, creating an ugly, vicious cycle.

They place a great deal of stock in other people’s opinion, and worry a great deal about what friends, colleagues and loved ones think of them. Any mistake or failure is evaluated in the context of, “What will other people think?”

#5 – People still believe in – and take steps to avoid the consequences of – superstitions.

Our list of top ten superstitions based on our paranormal beliefs study includes: 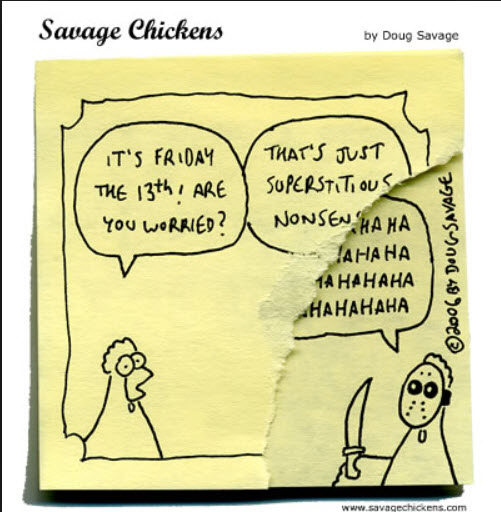 #6 – People who are defensive in response to constructive criticism are more likely to hate their job.

#7 – Men can be emotional eaters too.

Our research reveals that the top emotional eating triggers for men are:

Tell a person that they can’t have something, and they’ll only want it more. That seems to be one of the emotional eating triggers for the men in our sample: They don’t like the feeling of restriction and limitation, especially when it comes to food.

While they recognize that emotional eating is not healthy, they sabotage their chances of curbing this habit by adopting beliefs like, “I don’t have the discipline needed to control my eating.” “It’s pointless to look after myself by eating healthy because I will never be good enough for anyone.” “I am too old to change my lifestyle.”

#8 – Although a fear of failure is common, a fear of success can be just as debilitating.

Collecting data from people who took our Success Likelihood Test ,we compared those who indicated that they are afraid to succeed to those who are not. Here are some the results of our study:

#10 – Weight loss troubles: It might be what’s in your head, not in your belly.

If you’re doing everything right on your weight loss journey (like eating healthy and exercising), and don’t have a medical issue that can hinder your progress, it may be time to explore the thoughts you’re feeding yourself. For example, among the overweight and obese people in our study… 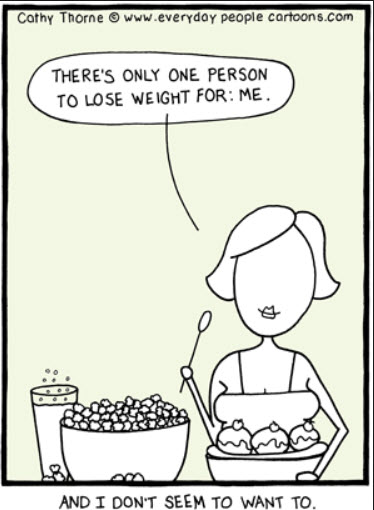