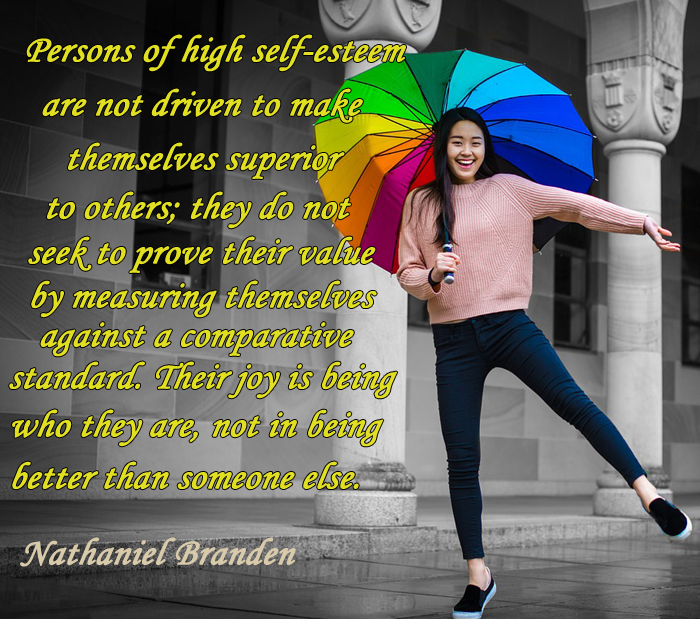 It bothers me to no end when a woman short-changes herself – maybe because I do it to myself fairly often. More specifically, I have an acquaintance who has refused to date anyone for the past decade because she still pines for someone…who used her and tossed her aside (and slept with one of her friends). Does she deserve better? Absolutely. Yet she yearns for the love lost because, as she explains it, “there were some good times.” When I interact with her, I often have to resist the urge to grab her by the shoulders and shake her, screaming, “Let him go! You’re an intelligent, beautiful woman. If I were you, I’d be the Cirque de Soleil of dating, juggling 8 men.” And then I remind myself that a) I can’t tell people how to live their lives, and b) she has to arrive at this epiphany on her own.

Women with solid self-esteem have an aura. They’re like the sun on a cold morning, where all you want to do is bask in their awesomeness. I envy them. And it’s not about attractiveness, because a woman who has a strong sense of her value and self-worth glows.

So how do people with high self-esteem conduct themselves? What do they think, feel, and say? What don’t they say? Here’s what data from Queendom’s Self-Esteem Test reveals: 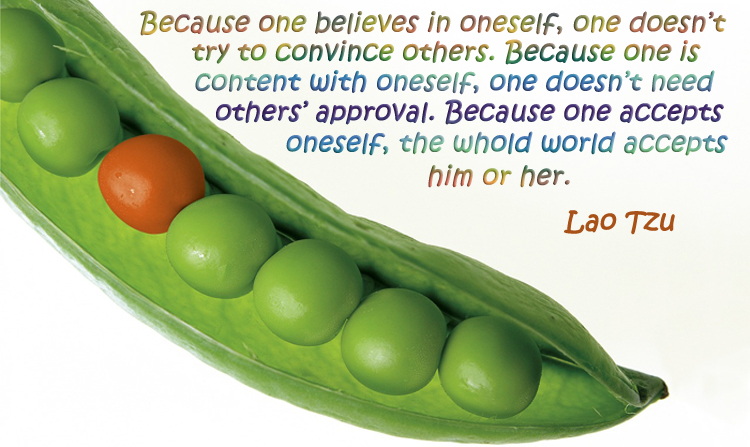 Side-note: If you find yourself tempted to Facebook stalk former high school friends or your ex, stop. Put your device down and back away. Go do something else. Watch TV. Exercise. Play with your pet. Take a walk. Clean that junk drawer you always say you’re going to clean, but never get around to. If you already have fragile self-esteem, Facebook stalking will cause it to plummet in about 6.8 seconds. 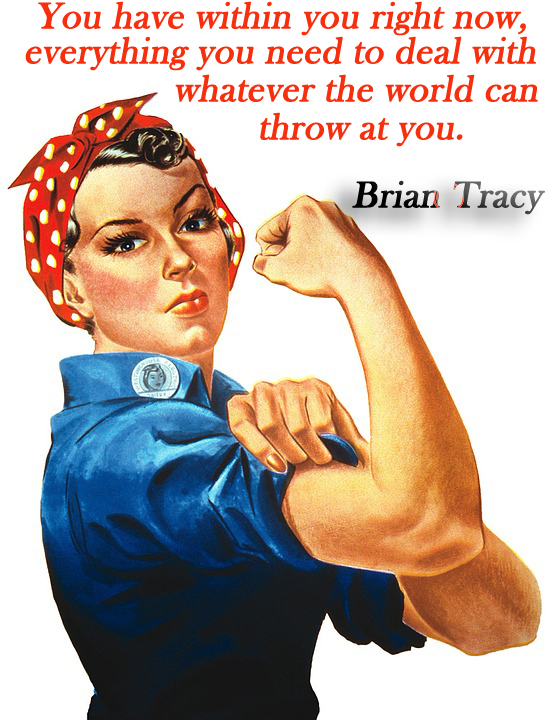 The beauty of self-esteem is that the more you validate yourself, show respect to yourself, and work on improving yourself, the stronger it gets. This means that even if you did not have the luxury of a childhood that allowed you to build a solid foundation of self-esteem, you can start nurturing it now. And this is where I feel our education system is lacking, because you’re taught how the world functions, but not how to function in the world.

I want your self-esteem to grow not like a mighty oak tree that can easily be felled by a well-struck bolt of lightening, but like a willow tree: So that no matter what storm you face, you won’t bend or break. So that no matter who insults you, hurts you, or how much the world sends challenges to you, you’ll still be standing tall and proud. Get started now. Read some good self-help books, or book an appointment with a therapist or life coach. And most importantly, start doing what high self-esteem people do (and don’t do) in the list above. 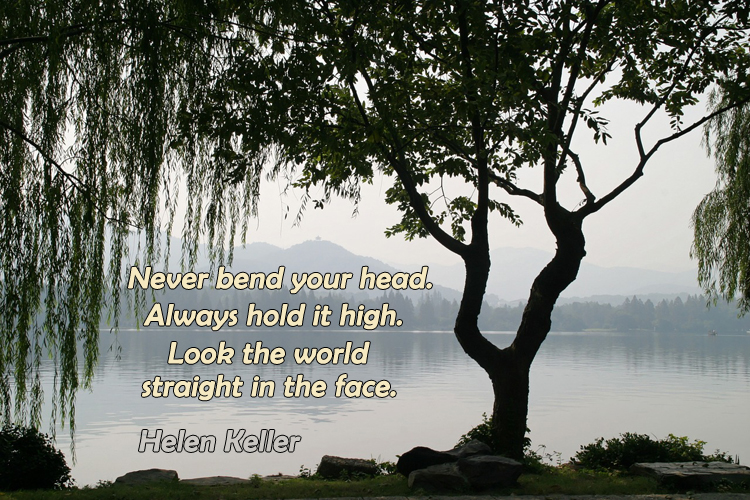