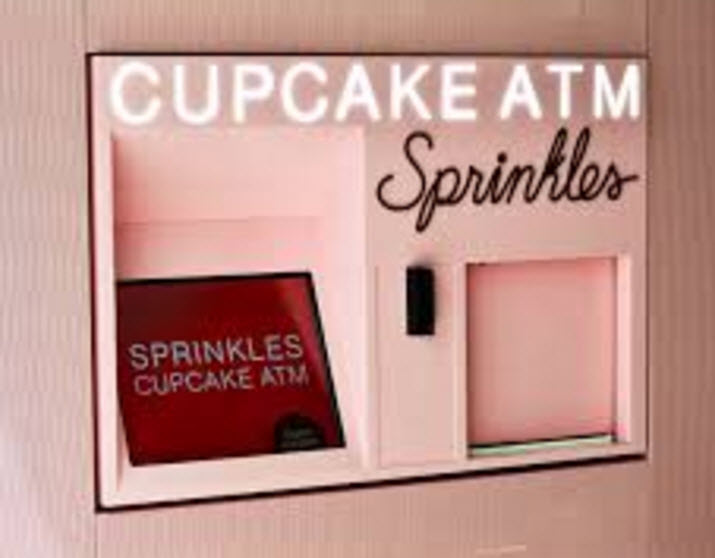 I go through a myriad of emotions on my daily (hourly?) emotional roller-coaster rides, but while fear and helplessness feel the worst, boredom is the real jerk. It’s so innocent, so innocuous. In my case, however, boredom is a gateway emotion. Because when I’m bored, I’ll suddenly find myself walking towards my pantry and grabbing that new, funky flavored bag of chips. Cheeseburger flavor? Oh my, yes. I’ll get halfway through the bag, realize that I wasn’t really hungry, and then utter in my best Star Trek Captain Kirk vs. Khan voice, “Damn you boredooommmm!!!”
It comes down to a simple Freudian principle: We are motivated to seek pleasure and avoid pain. This is the reason why a lot of people reach for comfort food to deal with negative emotions, like the clichéd bucket of ice cream after you get dumped.
Recent research we conducted at Queendom reveals nine factors that can trigger “emotional eating”, otherwise known as the tendency to eat (usually junk food) in the absence of physical hunger and in response to negative or unpleasant emotions. We analyzed personality, emotional, and behavioral data from 438 emotional eaters who took our Emotional Eating Test. Here are the most common emotional eating triggers:
Lack of Intimacy
For some emotional eaters, food may provide the comfort that they yearn to receive from a partner, a friend or family. I can recall several instances in my life where I have turned to food after being rejected or having a fight with a boyfriend.
Over the years, we’ve received a number of emails from Queendom visitors asking for advice on how to move on from a difficult childhood experiences. Of those who indicated that they were raised by very distant, abusive, or negligent parents, or who suffered from some sort of trauma, a notable percentage of them also struggle with weight issues as adults. The desire to seek comfort from food fulfills a need – albeit temporarily – for warmth and solace.
Feelings of Shame
I’m not one of those “let bygones be bygones” type of people. I hold grudges – but here’s the catch: I hold them against myself. If I’ve wronged you I’ll carry the guilt and shame with me for years, whether you’ve forgiven me or not. If this had been the 1700’s, I’d have tarred and feathered myself.
If an emotional eater has committed a transgression in the past, they will continue to blame and punish themselves for years. Emotional eaters dwell on regrets and constantly focus on their disappointments, failures, and what they don’t like about themselves and their life.
Fear of Challenges
The fear of a seemingly insurmountable challenge can leave some emotional eaters feeling helpless and hopeless. They believe that they don’t have the skills to achieve what they desire and are more likely to give up on a difficult goal than risk failure. These feelings of inadequacy, inferiority, and disappointment can compel emotional eaters to seek food for comfort. 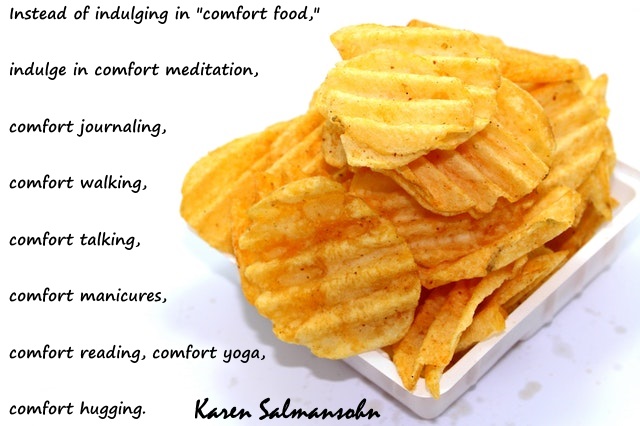 Fear of Judgment
I think it would safe to say that most people have a little fear of rejection, or at least worry about what others think of them. For emotional eaters, this fear of criticism, rejection or judgment can trigger a desire for comfort. The emotional eaters in our sample also admitted to hiding food so that other people won’t see how much they eat.
Conflict Avoidance
When a person avoids speaking up, doesn’t bring up grievances, and “swallows up” their emotions, this form of “avoidance coping” can result in emotional eating. Emotional eaters who dodge confrontation may turn to food to distract them from the issue that’s bothering them and/or to deal with the negative feelings surrounding it.
Boredom
This is my nemesis. An idle mind triggers a yearning for novelty or change – but rather than satiating this desire with an engaging activity, some emotional eaters turn to food. How often have you mindlessly reached for food on the table simply because it was there, or polished off an entire bag of popcorn while watching TV? The fact of the matter is that food entertains us. After all, we celebrate holidays or milestones with food. 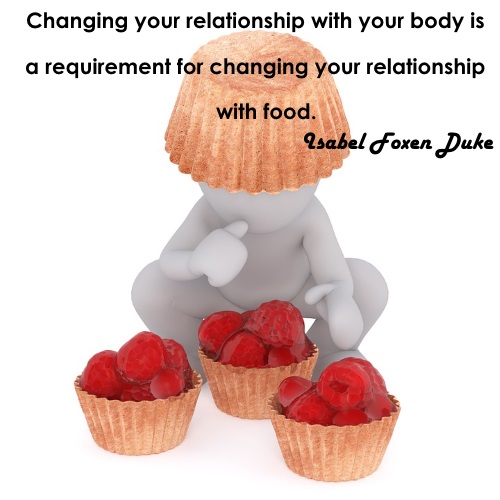 Self-sabotaging Beliefs
Every experience you have and every person you meet is viewed through the filter of your perception. Your perception in turn is colored by your beliefs. Here’s an example:
Since the moment I learned how to drive, I’ve struggled to parallel park. My pattern is always the same: I’ll be out with a friend. Upon arriving at our destination, we cruise around for a parking spot.
“There’s one,” my friend will point.
“Oh…too late, missed it,” I’ll respond.
“There’s another,” she’ll say.
“Looks a little tight,” I’ll say hesitantly.
“You’ll fit. Go ahead.”
So I’ll pull up next to the spot…and then it starts. My heart will race, my hands will start to sweat, and I’ll panic. It doesn’t matter if I have someone there guiding me – since the day I got my license I’ve convinced myself that I don’t know how to park. Which means that any attempt at parking is sabotaged by my limited belief about my skills.
A desire to end the cycle of emotional eating and adopt a healthier lifestyle can be hindered by an eater’s limiting beliefs about their ability to break bad habits, develop self-discipline, and change their body. Some emotional eaters may feel that their health is predetermined by their genes and therefore, cannot be changed. They may believe that being an emotional eater is simply who they are.
Rebellion
My parents weren’t big on restaurants, nor were they fond of going for seconds. You ate what was on your plate, and nothing more. Fast food became the staple of my diet in college and university simply because I had missed out on it so much. Children who have grown up in a very rigid household may find themselves manifesting their desire for freedom through food. This may be particularly true if the child was forbidden to eat certain foods (e.g. junk food), and/or if his/her food intake was strictly monitored (to prevent weight gain, for example).
Physical, emotional or sexual abuse
Several research studies have shown that trauma is a risk factor for eating disorders and other pathological eating behaviors (Hymowitz, Salwen, & Salis, 2017; Messman-Moore, & Bhuptani, 2017; Molendijk, Hoek, Brewerton, & Elzinga, 2017). While the relationship between abuse and eating is complex and can vary from person to person, emotional eaters may turn to food to relieve feelings of shame or to punish themselves, as some may falsely believe that the abuse was their fault. Some researchers also theorize that abuse survivors may purposely gain or lose a great deal of weight as a form of protection (i.e. they believe it will make them less attractive and therefore, less likely to be taken advantage of), or as a reflection of their shattered self-image (Cohen, 1995).
When it comes to unhealthy eating patterns, the crux of the issue is not so much what we’re eating, it’s why we’re eating it. Emotional eaters don’t consume junk food simply because it tastes better than vegetables; they do so because this type of comfort food makes them feel better. After all, a celery stick won’t elicit the same feeling of enjoyment as ice cream. The same concept applies to people who struggle with weight issues, whether it’s being too overweight or too thin. Their eating habits are certainly a contributing factor, but the undercurrent of negative emotions – shame, guilt, anxiety, lack of self-worth – are what’s breeding the habit and keeping it going. It goes without saying that finding solace in food is not going to resolve what’s really bothering you. If you want to break the cycle of emotional eating, you need get to the root of what’s eating you up inside. 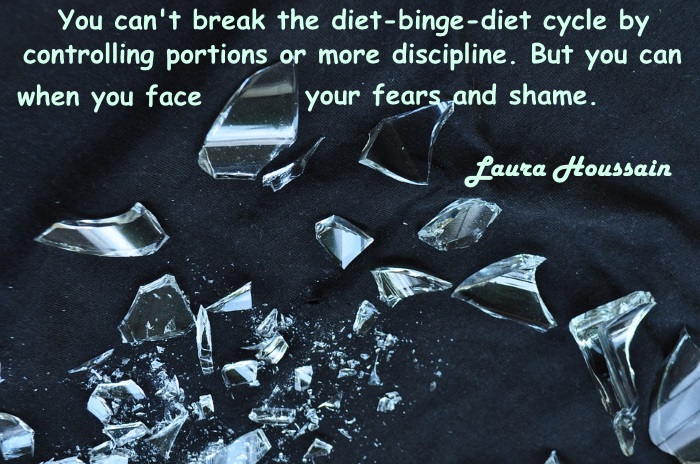